In an age where controversies are believed to be the clog wheel of success to any film , ’12 -12 -1950′, a film that is made on an ardent fan of Super star Rajinikanth is accommodating itself into the list. This movie is all set for a huge release on December 8th.

A poster announcing the release of the film with the “Parole” factor which is said to be the fulcrum of the movie was pasted all over recently. The word ‘Parole’ in the posters was not taken lightly by certain people, it is said.
The producers were warned of consequences, it is believed .Similarly few days back,  when another poster of the same film with birth days of the earlier Chief Ministers of Tamilnadu, who hailed from the film industry with the date ’12 -12- 1950′ also added into the list, curiosity and speculations  rose to greater heights. Going by the recent track record of the “Controversy factor” the unit of ’12- 12 -1950′ will have plenty to rejoice .“The ultimate intention is to promote the core and the support the content of the film.

We only stressed upon the core instigating content of the film which is based on the Parole of the protagonist. It is only co incidental that it is ‘parole’ which is one of the most discussed term in this part of the country. We are sure it is not abusive and controversial. We are indeed delighted with the response from the exhibitors on screening this film which can be termed as “A must watch for any fan of any actor” ” concluded co producer of ’12-12-1950′ Yakub Ali. 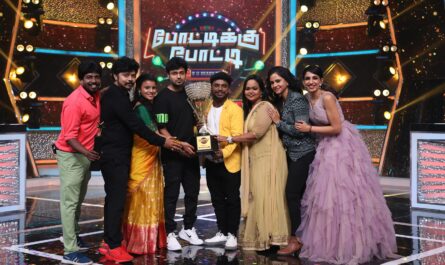