The Tamil Nadu Plastics Manufacturers’ Association (TAPMA) representing the interests of 8000+ plastics industries in Tamil Nadu, plans for a huge demonstration on 13th December for immediate withdrawal of plastics ban to be implemented w.e.f 1/1/2019. “Thousands of people from plastic and allied industries are expected to participate,” said Mr. B. Swaminathan, Chairman – Environment Committee, TAPMA, during a press meet held to announce on the upcoming demonstration. Mr. Virendra Bhayani, Mr. Brij Khandelwal, Mr. Rakkappan and Mr. Venkateswara Rao, Office bearers of TAPMA were others present.

“The Tamil Nadu Government’s plan to ban single use plastics is not a right decision and will badly hurt the plastic industries and livelihood of workers. It is unfortunate that instead of taking a considered decision based on scientific facts, the state government has chosen to announce the ban under Rule 110 in the Tami Nadu assembly, as a pet project, and the same is reluctantly being implemented by the officials of various departments,” he added while listing out the shortcomings of the GO.

The GO is discriminatory in nature and allows the use of plastics in many Government Departments and the same is being banned for use by general public and private sectors.
Example: Plastics bags supplied to Government Departments of Forestry and Horticulture are exempted whereas the same plastic bags supplied to co-operatives and private sector or individual farmers are banned.
The GO bans all form of plastics packaging including by small retail outlets, grocery shops, whereas the same is permitted for MNCs and FMCG companies. This will hit the business of over 200,000 small vendors hawkers, shops, hotels, restaurants, sweet shops, etc
This selective ban for small business and traders is discriminatory in nature
The GO bans the manufacture of several plastics items in TN denying the fundamental rights to do business with other states where such bans are not in place
The GO lacks clarity in many aspects and the Government is not able to offer proper explanation. This will lead to utter chaos and harassment of the industries and retailers, etc
The Government has not consulted the stakeholders like the manufacturers, user industry and trade bodies
The Government has not discharged its obligations- creating infrastructure for collection, segregation and facilitation of all waste (including plastics waste) – as per of Plastics Waste Management Rules 2016 and Solid Waste Management Rules 2016, before issuing this GO

MPACT OF THE BAN
The proposed ban will hit the plastics industry severely.
More than 5000 plastics industries- MOSTLY SME s, will be forced to close down and investments to the tune of Rs.3000 crores will become idle
Rs.4000 crores of loans – banks, NBFCs and Private Lenders- availed by these SMEs will become NPAs
Government will lose GST revenue of Rs.1800 crores annually
The business will shift to neighbouring states where such bans are not in place – other states already offering land and infrastructure for establishment of plastics industries / parks
The future of other plastics industries will also be a question.

EMPLOYEES
200,000 direct workers will be rendered jobless. Mostly from neighbourhood places
A large number are women who are breadwinners for their families
Most of the employees are uneducated and acquired skills over the years.
They will not be able to change jobs as they are trained only in this sector
Employees loans – personal, educational, housing also will also become sticky.

“While on one hand the Government is spending crores of rupees to attract investment – organising GIM (Global Investors Meet), etc, they chose to kill the running industries with this GO. The Government also talks about employment creation but by this GO they are rendering 200,000 jobless and decision has been made without even considering on alternate measures for the industries and workers to survive,” said Mr. Virendra Kumar Bhayani, President, TAPMA.

“The Government has miserably failed in the implementation of Solid Waste Management. In fact, the state government does not have a policy at all. The solid waste Management Rules 2016 mandates creating infrastructure to collect garbage, segregate all the recyclables and compostable and aim for ZERO LANDFILL. These rules are in force from 2000 but in the recent days the Honourable Supreme Court has been coming heavily on states not implementing these rules,” he added.

It appears that the TN government is keen to quickly implement the thought of Our Prime Minister who spoke about phasing out single use plastics by 2022 only. Even Gujarat, which otherwise will be keen to implement PM’s wishes, has not made any start in this direction or the Central Government either.

It is only prudent that the Government defers this entire ban and reduces the adverse impact, hold discussions and consultations with all stakeholders for a robust waste management and recycling. 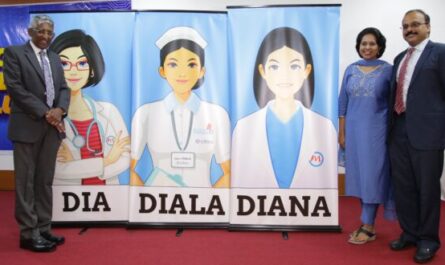