This week, around 25 films were screened everyday. We had celebrity interaction session every day with Dheeraj Vaidy (director – Jil Jung Juk) , Rathna Kumar (director – Meyadhamaan), Vijaykumar (director – Uriyadi), Sri Ganesh (director – 8 Thottakal), Sarjun (director – Lakshmi and Maa), Abhishek Joseph George (actor), Sananth (actor) and Arol Jothi (actor) who interacted with the audience on various topics related to cinema.
The first edition happened only 5 years ago, but this festival has grown steadily in popularity among film enthusiasts and the general public. The 5th Chennai International Film Festival will screen short films belonging to various genres and languages from across the world. 371 Short films from 47 countries were submitted online for this edition of the Festival. These short- films can be seen exclusively in theatres only and cannot be found on YouTube or digital freeware video-viewing platforms.

An expert jury formed by The Academy itself has whittled down the final entries to 127 films from 19 countries that are going to be screened at the premiere event. This year’s foreign film selection celebrated contributions from India, Germany, Austria, Russia, Spain, US, UK, China, Poland, Switzerland, Sweden, Brazil, Belgium, France, New Zealand, Italy, Mexico, Netherlands and Turkey.
To break the language barrier, movies in International Languages have all been subtitled in English for viewer understanding.

A jury comprising of directors Pushkar & Gayatri, Lokesh Kanagaraj and Maddone Ashwin have judged the films.
The Short films were divided mainly into 3 categories : Animation, Documentary and Fiction with awards across all categories. Total Cash Prize of INR 2,40,000 will be awarded to the winners and the runners. We have added a MovieBuff Award this year with a cash prize of INR 10,000. There are a total of 10 awards this time.
Director K. Mohan Raja, Foreign dignitaries and Bureaucrats had inaugurated the Festival which was held on the 18th of February at 6 PM.
On all days except the first and the last, there will be an evening session of interaction with a celebrity guest, with the focus being strongly tilted towards the various aspects of film-making. This is sure to be an attractive proposition for any budding film maker as it is an opportunity to learn the trade from some of the best in the business.

Entry is free of cost and open to all viewers above 18 as the organisers believe that enhanced viewership is important for the growth and encouragement of the short film aficionados in the city. For security reasons however, an ID is required for entry into the festival. For more details visit www.cisff.in and follow us on facebook.com/chennaiinternationalshortfilmfestival.

➢ 127 Short Films from around 16 countries are being screened.
➢ Introducing Celebrity Interaction for the first time in CISFF for 5 days.
➢ A special focus on films from Germany, Hungary (Country Focus)
➢ To facilitate the audience to watch films, this year the festival will run for 7 days (18th to 24th February).
➢ From 19th to 23rd (Monday to Saturday) the festival will start from 1.30 PM and end by 8:30 PM.
➢ On 24th (Saturday) the Screening will start from 11:00 Am and end by 8:00 Pm, Lunch and High Tea will be served to all the attending delegates.
➢ The Delegate registration is open to all above 18 years and its totally free for all.

Guests who will be coming for the function 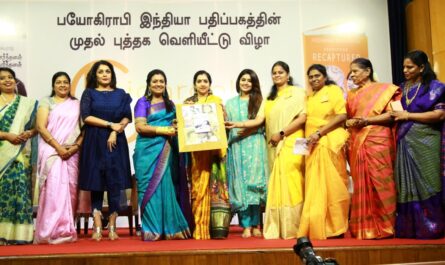