Actor Vishal has finally filed his nomination as independent candidate for RK Nagar By Elections. This morning around 7.30 a.m, Vishal took a walk straight from his house to nearby temple and sought the blessings of Magali Amman. From there, he travelled to Late Former Chief Minister of Tamil Nadu, Kamaraj Memorial in T Nagar and paid his respect by offering garlands to his statue. From there, he travelled straight to Puratchi Thalaivar MGR Memorial at Ramavaram and expressed his respect with same gesture to his statue around 8.30 a.m. 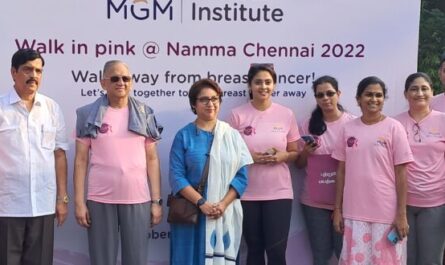 SEMINAR ON IMPACT OF CLIMATIC CHANGES CONDUCTED AT VELAMMAL