Chennai: Apollo Hospitals, Asia’s largest and most trusted multi-specialty chain of hospitals today announced the first liver transplant in Tamil Nadu and across the Apollo group in India using OrganOx Metra an organ preservation device that maintains livers for transplant at optimal body temperature (traditionally liver is stored in a cold solution or ice during surgery) and helps in improving tissue quality and reduce the discard rate of organs that are suitable for transplantation.

The traditional method of organ preservation requires cooling and storage in an ice box or cold solution, the liver lasts up to 8-10 hours. Normothermic machine perfusion with the OrganOx Metra device maintains the liver at normal body temperature prior to transplantation and actively delivers oxygenated blood, medications and nutrients. OrganOx can keep a liver healthy outside the body for up to 24 hours. This greatly reduces the tissue injury associated with transplantation and enables quality assessment by functional testing of the organ.

Cirrhosis caused by chronic hepatitis, fatty liver or long-term alcohol abuse are the most common reasons for needing a liver transplant. Nearly one fifth of the patients die on the wait list for liver transplant due to the lack of suitable organs. Only 70% of the deceased donor livers lead to liver transplantation with a high discard rate for marginal donors. The ever increasing demand for organs for liver transplantation coupled with the scarcity of suitable cadaver livers has led to variable use of marginal livers. The sub optimal livers do not tolerate the conventional cold storage increasing the potential risk of organ dysfunction leading to liver failure and death in the patient.

One such transplant was successfully performed at Apollo Hospitals, Chennai on a 66 year-old patient S. Rajendran who had liver cirrhosis due to non-alcoholic fatty liver disease and needed a transplant to save his life. The cadaver marginal liver was obtained from an elderly donor aged 65 years, was put on the machine and real time monitoring of the performance of the liver was done by checking continuous data on parameters such as bile production, lactates and sugar levels. Bile production, the single most important factor in deciding the functionality of the organ was produced in copious amounts.”

Speaking during the press conference, Dr. Mohammed Nayeem, Senior Consultant, Apollo Liver transplant institute said, “The use of machine enabled us to discharge the patient on the sixth post-operative day without any complications, thus markedly reducing overall hospital cost. The minimal ischemia-reperfusion injury because of the liver placed on the machine was reflected in the lower peak liver enzyme levels in the post-operative period.

The machine also enables the logistics of transportation of the organ to a far off place, as the organ can be preserved on the machine for up to 24 hours before use in the patient as opposed to less than 8-10 hours on the cold storage”, said Dr Anil Vaidya, Multivisceral transplant surgeon.

Moviebuff and 2D Entertainment have announced the launch of First Clap Season 2, 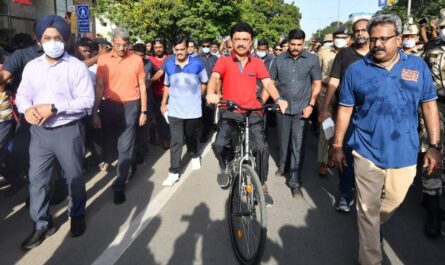