A well made humour movie is never let down by the audience. Debutant director Abbas Akbar’s ‘Chennai 2 Singapore’ which released few days back has been receiving very good response among the Tamil cinema audience.
Speaking about this  director Abbas Akbar says , “ We had a very lengthy pre release period and that was very tough phase for all of us. To come out of that phase , release the movie and ultimately get such a good response is what we have been praying and dreaming for.

Our prayers have been answered clearly and loudly and I am short of words when I came to know that the movie is declared a HIT by the trade circle. To stress this verdict even more they have increased the number of screens of the movie. We are all elated for the response we have been getting for the hardwork and struggle we have gone through “
‘Chennai 2 Singapore’ has the music of Ghibran and was produced by ‘ Comicbook India Private Limited Production’. 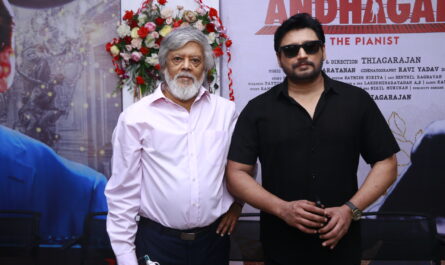