Award Aravind Jayabal, Founder and Creative Head of Raindropss, a renowned youth based social organization was bestowed with the Karnataka’s prestigious Saalumarada Thimmakka national greenery award 2017 for his outstanding valuable service in the field of social work. The award was presented by the Karnataka’s Social Welfare Minister H Anjaneya in Bengaluru recently. The award has been instituted by the Saalumarada Thimmakka International Foundation Bengaluru. It is notable, Aravind Jayabal is the only recipient of this award from an other state. Its indeed a proud moment for a Tamizhan to recieve the prestigious award of Karnataka. RAINDROPSS a youth based social organization from Chennai founded by Aravind Jayabal in 2011 concentrates mainly on delivering social awareness messages to the public through entertainment and media. Also Raindropss is the first team in India to spread social awareness messages to public through theme songs and short films, awarded by Asia Book of Records. Music Director A.R.Raihanah (Oscar winning music composer, A.R.Rahman’s sister) is the Goodwill Ambassador of Raindropss. Calendar for a cause, honouring women achievers across various genres, Educate a Child, environmental awareness, feed the needy; student’s social responsibility wing, Reach the beach and medical wing are the notable initiatives of Raindropss. Raindropss “Ithu Namma Bhoomi – This is our Mother Earth”, Environmental awareness song to save our nature and mother earth, has reached many people across the world and have received many recognizations and appreciations. The award instituted in the name of 105-year-old environmentalist Saalumarada Thimmakka, has made herself and India proud to such an extent that even the BBC (British Broadcasting Corporation) knows her. The reason for her fame is that she has planted over 8,000 trees in 80 years. She has earned herself a spot in the prestigious list of BBCs 100 most influential women. Saalumarada Thimmakka’s inspiring work has shown us the Power of One: of how one woman, with nothing more than her love and dedication and her own two hands, has made a difference, creating a beautiful environment along a 4 km stretch of road in Hulikal village of Karnataka. The banyan trees that she has planted and nurtured between Hulikal and Kudur now constitute a marvelous ecosystem that provides shade and resting places for humans and animals, food and shelter for birds and insects, and verdant green cover that has helped rejuvenate the environment in the entire area. The award also honored others who served the nation in spreading greenery. 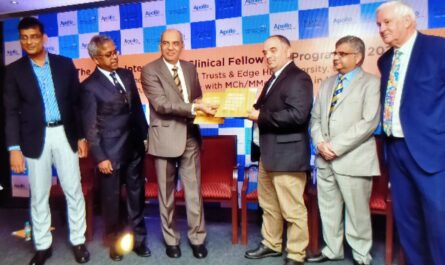