CPCL’s Cyclothon adds energy to awareness on fuel conservationOrganised in support of the initiative of Petroleum Conservation Research Association under the aegis of Ministry of Petroleum & Natural Gas, Government of India

At Manali, the day broke today (20thJan) with an awareness campaign at its high spirits and on fuel conservation. Over 1500 individuals cycled their way to drive home the message. Actor Bharath, upcoming cricketers Baba Aparajith and Baba Indrajith and celebrities of small screen namely Amit Bhargav, Sujitha and Sriranjani lead the rally.

Saksham Cycle Day 2019 was organised by Chennai Petroleum Corporation Limited (CPCL) in support of the initiative of Petroleum Conservation Research Association (PCRA), set up under the aegis of Ministry of Petroleum & Natural Gas, Government of India.Top Management officials ofCPCL Shri S.N. Pandey, Managing Director, Shri G. Aravindan, Director (Operations) and Shri R. Srikanthan, Director (Technical) and other senior officials participated in the programme.The Chennai campaign is one among the 200 events planned throughout the country and in cities including Mumbai, Bangalore, Hyderabad, Kolkata, and Agra.

People from all walks of life participated in Saksham rally in Manali, Chennai. Students, workers, professionals, activists, and house wives were among them. The 10-km rally started and ended at CPCL Polytechnic College, whereas the 5-km rally was a one-way trip.

During this occasion, Shri S.N. Pandey, Managing Director, CPCLsaid “In today’s scenario of highly depleted non-renewable resources and the world shifting its focus to alternatives, it is a matter of great concern to conserve fuel. Saving fuel not only helps to contribute towards conserving our resources, but do our bit in controlling pollution too, whichagain is a major threat to the lives. Given this milieu and the fact thatmost of the non-renewable resources will get depleted in the next 50 years, Cyclothon rallies are being held in many cities of our country for a wide-spread awareness. It is encouraging to see many people have volunteered in today’s rally to display their support for the cause”.

Saksham Cycle Rally is India’s Premier Cyclothon and an initiative by Petroleum Conservation Research Association, a non-profit organization set up in 1978 under the aegis of Ministry of Petroleum & Natural Gas, Government of India. Petroleum Conservation Research Association along with Oil Companies viz. IOCL, BPCL, HPCL, ONGC, GAIL, OIL, MRPL, CPCL, and NRL takes a number of citizen-centric initiatives to promote awareness about the need and ways to conserve petroleum products. 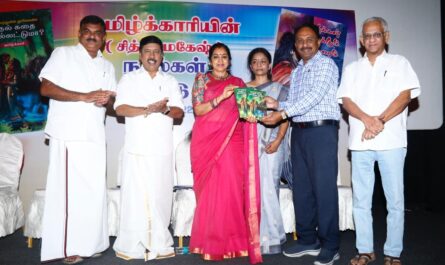