The Army Recruitment of male candidates, natives of Chennai, Cuddalore, Kanchipuram, Tiruvannamalai, Thiruvallur, Vellore and Villupuram Districts of Tamil Nadu and Puducherry district of Union Territory of Puducherry which started with Army Recruitment Rally at Thiruvannamalai held by Recruiting Office (Headquarter), Chennai from 19 Jul to 25 Jul 2017, is undergoing enrolment and dispatch formalities to various Regimental Centres of the Indian Army across India.

The entire Recruitment process was conducted under aegis of Headquarters Recruiting Zone, Chennai which is responsible for Recruiting JCOs/OR category of the Indian Army, for the states of Tamil Nadu, Andhra Pradesh, Telangana and Union Territory of Puducherry and Andaman Nicobar Group of Islands.

The selection procedure included physical tests including a 1.6 km run. Candidates who successfully cleared the physical tests then underwent physical measurement test for the exacting standards of the Army. This was followed by medical tests to rule out any underlying diseases/aliments. Finally, a written examination was conducted to ascertain the knowledge and general awareness of the candidates.

The Director Recruiting Office (Headquarter) presided over the despatch ceremony. Total of approximately 612 candidates were selected out of about 23505 who applied for the Thiruvannamalai Rally. A total of about 490 candidates have been enrolled and dispatched till 20 Dec 2017 and balance candidates are scheduled to be dispatched by 22 Dec 2017.

An exciting journey lies ahead for these successful candidates who have stepped out for a life of adventure, valour, honour and duty to serve the nation. 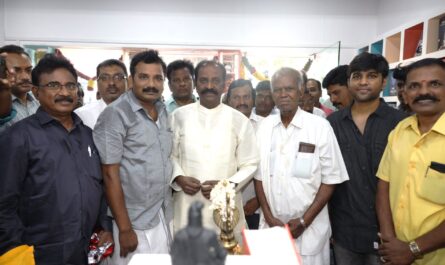