As the sixth season for VIVO Pro Kabaddi, powered by Thums Up Charged begins tomorrow, the league organisers, Mashal Sports Pvt. Ltd. organized the VIVO Pro Kabaddi Fan Festival at Elliot’s beach in Chennai on the 6th of October 2018. The festival witnessed the participation of several fans from Chennai who were present supporting their home team. Fans received an opportunity to click photos with the coveted trophy, try their hand at the famous ‘kabaddi kabaddi’ (Sadagudu Sadagudu in Tamil) cant and write messages to their favourite kabaddi players at the fan wall.

The teams have been training hard to prepare for a competitive season. With many firsts this season, the caravan will travel to Kochi for the play-offs and the grand finale will be held in Mumbai on the 5th of January, 2018. The Chennai leg of the league will be held at the Jawaharlal Nehru Indoor Stadium in Periyamet, Chennai. Fans can avail tickets for the games on Paytm and Insider.in 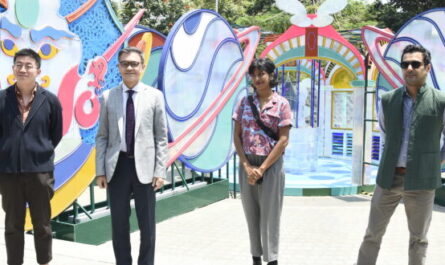