Madhan Karky’s next epical writing for Nivin Pauly’s next

Madhan Karky has pioneered in all essence of writing when it comes to lyrical aspects. Of course, he wasn’t just convinced to settle with penning poetic lines, but upgraded this panorama with ‘Lyric Engineering ‘. Following this first of its kind spearheading in the industry, he carved a niche of excellence with his dialogues. Yet again, if penning dialogues for a direct and fresh script might demand a herculean task, how about taking up dubbed versions. In this prospect, this lyrical icon made a remarkable feat of excellence penning dialogues for ‘Baahubali’ franchise followed by the latest classical hit ‘Nadigaiyar Thilagam’. With such phenomenal accomplishments, Madhan Karky has become the ‘Gateway’ for epical movies from other regional industries to find it adaption through his versatile writing.

Madhan Karky has now embarked on a mighty act of penning dialogues for Nivin Pauly’s magnum opus Malayalam movie ‘Kayamkulam Kochunni’. Set against the backdrops of 1800, the film revolves around a Robin Hood like figure. Sharing some interesting updates, “Although, the film is set against the ancient backdrops, the central character is a commoner. So we have decided to maintain unique lines, which are not too old or completely contemporary. There is a huge responsibility to make sure that the Tamil audiences don’t feel as though watching a dubbed movie.” 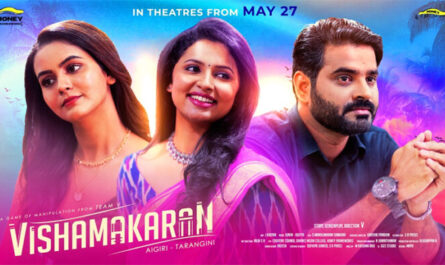