Medley of Art had a collection of artistic photographs that is a testimony of the immensity and intensity of art. It showcased the work of a visual artist who takes on multiple roles of a designer, art director, photographer and many more. These constructed photographs were works of art that have been conceptualized and put together by Ramachandran and his team with great planning and thought, each conveying a different story using elaborate props, expressive make- up, styling, light plays etc. The exhibit got an overwhelming response to showcase the journey through these various concepts that the artist holds close to his heart. Nude art has been celebrated in ancient India and unfortunately in present days has been looked upon as taboo. Ramachandran tries to break this stigma around nude art by subtly featuring his nude and semi-nude photographs using different mediums of expression such as clay, body paints, flowers, etc. His work showcased the female form in the purest sense.
Nudity and nakedness is a part of visual art, bringing out humanity with clarity, simplicity, strength and beauty. The exhibition also displayed his recent series featuring transgender models, bringing in a sensitive awareness of the social reality of the community. Their marginalized presence in the society had preoccupied him for a long time, consequent to his study on gender and marginalization as a concern. Ramachandran has displayed many of his photographic series in galleries in U.S.A, Europe and Asia, but this was the first time that he displayed these various series collectively in one space thereby giving an exclusivity to this exhibition. Most of these images have won prestigious awards and have gotten International recognition, a recent one being ’ATIM’S Top 60 Masters of Contemporary Art’.  Another recent achievement that is valued a lot by the artist is receiving a doctorate for his contribution in photography from the International Tamil University. Through this exhibition these images of such high value were made accessible to students, art enthusiasts, art collectors, artists, photographers, and anyone looking to be inspired. The show was designed in such a way where the viewers were connected emotionally with the subject of L.Ramachandran’s photography, making it a visually intense experience.
The book also titled Medley Of Art is the first book that Ramachandran was published despite having created close to six books of photography earlier, the reason being that the Medley Of Art is a culmination of various textures, techniques and concepts; something that the artist believes that the world must see. The Exhibition displays only selected works from the Medley Of Art, but the book has the exclusive collection of all the photographic series. The Exhibition showcased some of the images from the book. These images have been showcased in galleries in U.S.A, Europe and Asia. Most of these constructed photographs have been shot with International models, who have exclusively travelled overseas for this purpose, and have won several awards for its artistry.
Medley Of Art’s versatile content containing various light techniques, colour combinations, concepts, designs, styling would inspire and educate many in the field of art such as art enthusiasts, fine art students, photographers, art directors; from a corporate coffee table book to an educational book. L.Ramachandran strongly believes that anyone who views Medley Of Art will fall in love with it, provided they allow it. He is certainly overwhelmed with the way India has shown love and interest for the Exhibition & the Book. 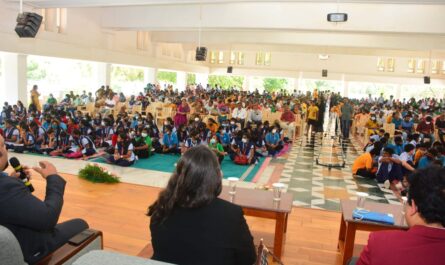