Chennai: Naturals India’s No.1 hair and beauty salon launches its 650 th salon in
Kattupakkam, Chennai. Actress Sangeetha, Actress Uma Riyaz and Mr Chandran, Assistant
commissioner inaugurated the new Naturals salon Kattupakkam. Addressing a gathering
after the Inaugural, Actress Meenakshi, Said Beauty salons and spas play an important role
in lending that glamorous touch to every one lifestyle” she added.
“The Naturals Family salon &amp; spa India has attracted the Indian fashion enthusiasts for more
than a decade now. The brand which lays emphasis on women empowerment is open with
franchising opportunities to women”. Said Ms. Veena Kumaravel, Founder Naturals Salon.
“The beauty salon caters all services Located in the plush kattupakkam, Lounge is spread
across 1800 square feet divided into 4 sections, said ”Naturals Lounge Franchise Partners
Suresh, Sangeetha, Mohan and Mahalakshmi. Unisex area, Women’s exclusive and VIP zone,
It boasts of a lush bridal room, cozy facial rooms, spa with steam, shower, Pedi-spas, cutting
stations” they added.
About Naturals:
From 1 salon to over 580 salons across India, all it took was one woman&#39;s passion. This drove Naturals to
become India&#39;s No.1 hair and beauty salon. At Naturals, we believe in financial independence for women and
have empowered 300+ women to become entrepreneurs in the past 17 years. Our dream is to create a
housewife-free India, where women are encouraged to earn their living by pursuing their passion. By 2020,
Naturals aims to create 3000 salons, empower 1000 women entrepreneurs and create 50,000 jobs, because
there is no better style statement than standing on your own feet.
The beauty &amp; wellness industry is amongst the few industries which is recession-free. It has been growing
year-on- year at 25-30% with a CAGR of 18.5% and is expected to grow at CAGR of 25%. Reports indicate that
the frequency of women&#39;s visit to salons has multiplied and men have also been catching up with increased
spends at salons. 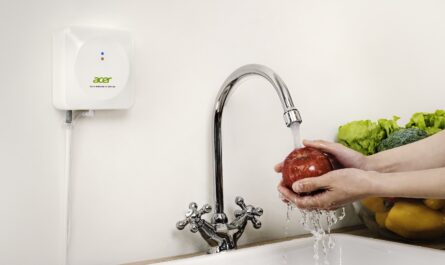