A sheltered under-confident girl from a small town gets dumped a day before her wedding. Shocked, she decides to go ahead with her honeymoon, alone. As she travels the world and meets new people, she gains new experiences and discovers her own identity.

The film is a remake of hit Bollywood film Queen starring KanganaRanaut. Made on a budget of Rs125 million (US$1.9 million), Queen grossed over Rs970 million (US$15 million) worldwide. It has won over 32 awards including the Indian National Award for Best Film and Best Actress (Ranaut).

Mediente specialises in creating entertaining and socially relevant cinema in multiple languages for audiences around the globe. Founded in 2002 in Mumbai, India, Mediente operates in the USA, UK, Malta and UAE.

Hellbrooke features some of the most exciting voices from around the world – award winning directors from Chile, Bulgaria, USA and the UK working together to author a slate of six horror films. Animyths is our maiden foray into the magical world of Animation.

In 1998, he produced ‘Bombay Boys’, a movie that opened a new market for alternative cinema. In 2002, Kumaran established Mediente and created ABOB, India’s first boy band. He later leveraged ABOB’s success to produce ‘Kiss KisKo’, a film based on the band’s life. In 2008, he produced the award- winning Malayalam film ‘Aakashagopuram’, based on the Henrik Ibsen play ‘The Master Builder’.

A popular Kannada movie star for more than 20 years now, Ramesh Aravind works in all South Indian languages. An engineer turned filmmaker, Aravind has starred in over 150 movies as leading man, has directed seven films, hosts a TV show and has authored two books. A celebrity radio jockey, he lives in Banglore with his wife Archana and 2 children Niharika and Arjun.

Born in 1964 and raised in Bangalore, Ramesh’s father was a small-scale industrialist who wanted his three sons to be engineers. Ramesh however was drawn to art and dramatics from his school days. During his engineering college, he continued to juggle between studying engineering and pursuing his passion. He hosted a popular TV show ”Parichaya” during that time. Director K Balachander noticed his lively screen presence and introduced him in “SundaraSwapnagalu” (1987) in Kannada and consequently in Tamil and Telugu.

Ramesh brought in a whiff of freshness and captured the hearts of cine lovers with his natural and intense performances and soon grew in to a bankable star in Kannada and Tamil films.He had 9 consecutive superhits in a row in 1997, a record in Kannada film  industry.

In 1997,he branched out into screenplay writing of ”Hoomale” which won the National award for Best Kannada film that year. His other writing credits include ”Amrutadhare” and ”Accident”.

In 2005,Ramesh turned director with the Kannada comedy classic “RamaShamaBhama” starring Kamalhassan and himself and went on to direct six more films in Kannada.

In 2015, Ramesh made his directorial debut in Tamil films with “UttamaVillain” starring Kamalhassan and K.Balachander and K Viswanath.

Ramesh Aravind is hugely popular talk show host on television and currently hosts “Weekend with Ramesh”, an iconic show, which is in its third season.

Ramesh Aravind has authored two books, “It’s No Fun Without You” in English and a Kannada Book “Khushyinda Ramesh ”

He is the brand ambassador for CMCA (Children’s Movement for Civic Awareness) which aims at keeping the cities of Bangalore, Hubli and Mysore clean and green.He was the Brand Ambassador for Election Commission urging citizens to vote in 2013 elections.He is brand ambassador for DIGNITY FOUNDATION which aims at graceful life for Senior Citizens and has been part of several campaigns to spread awareness about HIV, AIDS in Karnataka.The Times of India chose him as One of the 7 Nicest people of Bangalore. 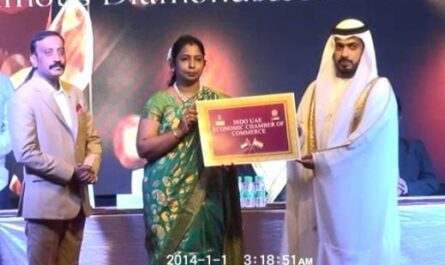