Chennai,August2017: Parle Products, India’s favourite FMCG brand has launched a new campaign titled, ‘Taste mein 20 out of 20’ for its leading cookie brand, Parle 20-20. The campaign is an honest effort from Parle to sho wcase everyday situations that today’s youth encounter while dealing with redundant traditional norms. It met aphorically connects forward thinking values to 20 -20 cookies by giving full marks, i.e 20 out of 20 to characters that behave positively to unconventional thought process.

Conceptualized and crafted by Everest Productions , the campaign features five TVCs. All the five TVCs display an entertaining event involving social situations affecting young adults- A mother encouraging her daughter to dress as she pleases, a father supporting her teenage daughter to travel with boys, a landlord bonding with a pot ential tenant from another religion, a modern twist to arranged marriage and a real estate agent supporting a live-in couple looking to rent out in the city. Parle’s 20-20 cookie features as an integral part of narrative app lauding each character that has moved ahead with times and is taking baby steps to gradually change orthodox social values.

‘’Parle 20-20 cookies was created by Parle Products for the young adults. This audience is self-aware and is re-inventing social values to make the world a better place. As we celebrate Parle 20-20’s ten years of existence, we want to appreciate individuals who encounter these young adults and don’t judge them for their choices. We also wanted to build a strong consumer franchise by positioning 20-20 as a brand that supports this new -age thought process which is free of prejudice and extremely inclusive of change”.

The brief was to create a narrative for today’s youth by keeping Parle 20-20 core values at heart. We have incorporated both these elements with a humorous twist to showcase a progressive society and positioned Parle 20-20 cookies as a reward to those who adapt to positive change easily. We hope the audience like the TVCs and it makes a good impact towards social change”.

The TVC will be released in 11 languages and will be sustained through a digital campaign.

You can view these advertisements, here:

Since 1929, Parle has grown to become India’s leading manufacturer of biscuits and confectionery. As the makers of the world’s largest selling biscuit, Parle-G, and a host of other very popular brands, the Parle name symbolizes quality, nutrition and superior taste. An in-depth understanding of the Indian consumer psyche has helped Parle develop a marketing philosophy that reflects the needs of the Indian masses. It has made it a trad ition to deliver both health and taste, with a value-for-money positioning that allows people from all classes and age groups to enjoy Parle products to the fullest.With a reach spanning the remotest villages of India and major cities across the world, the House of Parle has become synonymous with trust, globally 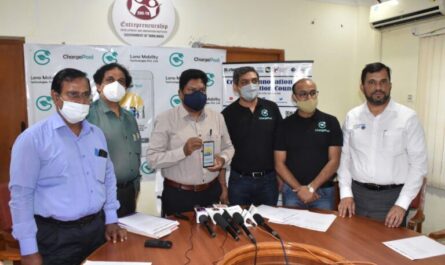 CSB forays its footprint in Tamil Nadu with a second outlet