Cinema News
R.K.Nagar Movie News
R.K.Nagar’ directed by Saravana Rajan and produced by Venkat Prabhu’s ‘Black ticket Company’ and Badri Kasturi’s ‘Shraddha Entertainment’ is ranking itself as one of the most eagerly awaited films of the year 2018 , thanks to it’s very catchy title and even more catchy teaser. Starring Vaibhav and Sana Althaf in the lead roles,

‘R.K.Nagar’ has invoked huge  curiosity in the trade circles. The endorsement to that factor was justified with ‘Thenandal films’, the giant in the distribution circle associating with this film.The shooting segment of ‘R.K.Nagar’ was completed recently and  the post production work is in full swing. The music of ‘R.K.Nagar’ is composed  by Premji Amaran, while S Venkatesh mantles the responsibility of Cinematography and the editing is done by Praveen KL. 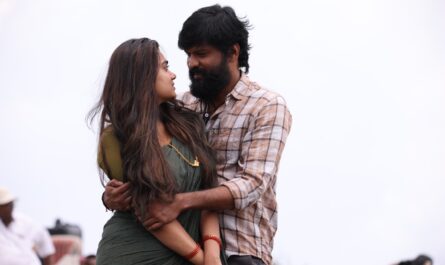