One movie which is very steadily gaining steam and becoming strong with each passing day is ‘Richie’ starring Nivin Pauly, ‘Natty’ Natraj, Shraddha Srinath, Prakash Raj, Raj Bharath and Lakshmipriya Chandramouli. This action movie is directed by Gautham Ramachandran. ‘Richie’ , Nivin Pauly’s first straight Tamil flick is all set for a grand release on December 8th. ‘Trident Arts’ Ravindran who is on a roll with movies like ‘Vikram Vedha’ , ‘Aval’, ‘Aramm’ will release ‘Richie’ all over Tamilnadu.
Speaking about ‘Richie’, director Gautham Ramachandran says, “ It was fabulous working with Nivin Pauly. His growing popularity among the Tamil audience has given a huge identity to this film. His efforts to look like a native and to dub with the right slang, speaks immensely about his commitment.  Natty sir  is such an easy actor. His performance will be talked about. The chemistry between Nivin and Natty will be a joy for the audience.

Heroine Shraddha Srinath is an absolute wonder. Her grasping power and zeal to learn match her professionolism. Her commitment is un matched  and i am sure she will position herself into the top bracket. Ajaneesh Loknath the music director is a revelation. He has rendered some fabulous numbers that can be compared with the best in the air.  The story and screenplay of ‘Richie’ will be loved by the audience. This is a movie with all the emotions and entertaining elements packaged neatly. The other co stars and technicians have taken ‘Richie’ up in their arms and made it even more special with their commitment and tremendous efforts.

We as a young unit are extremely delighted to be associated with a great brand like ‘Trident arts’ Raveendran . His vision and strategy on marketing the films make him very powerful. December 8th will provide a platform that will show case our potentiality as a team” ‘Richie’ is produced by Anand Kumar and Vinod Shornur of ‘Cast N Crew’. Music of the movie is done by Ajaneesh Loknath and the cinematography is done by Pandi Kumar. 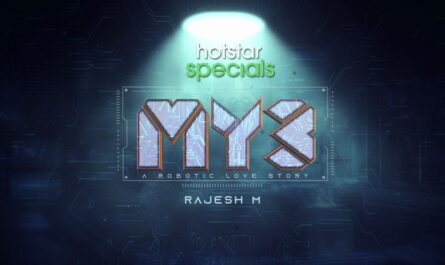