Speaking at the press meet of his upcoming film, Sakka Podu Podu Raja, Santhanam says he doesn’t want to compete with anyone. But the actor adds, there’ll be a healthy competition between Velaikkaran and Sakka Podu Podu Raja as both the films will release on December 22. “It’s not a competition between two actors, but two films,” he smiles.In Santhanam has reportedly stated that, his is not competing with SK and that both their movies are simply slated to be released on the same day. He has also said that a healthy competition is always welcomed by him.

The audio of Sakka Podu Podu Raja will be unveiled today by Dhanush in the city. Santhanam says, “Since it’s a STR musical, we thought Dhanush would be the best choice to launch the audio. STR also felt the same. He has incorporated mass-y tunes for me like those in Ajith and Vijay films.”Simbu is expected to open up, about the allegations made against him by his last film’s producer, at today’s audio launch event.While Santhanam’s much awaited Sakka Podu Podu Raja’s audio launch will be taking place tomorrow, (December 6). The film’s lead hero, producer VTV Ganesh and Robo Shankar, met with the media for a formal press meet at Prasad Labs.

Various types of questions were fired at Santhanam, when he took control of the stage. One of the most highlighted question was whether he is competing with Sivakarthikeyan, . VTV Ganesh spoke about, Simbu’s dedication towards scoring the tunes for the film. How hesitant he was initially, and was all praises for the controversial hero, who turns into a msuci composer with Sakka Podu Podu Raja, because he gave the sample music within 10 days, and completed the entire album in a month’s time. 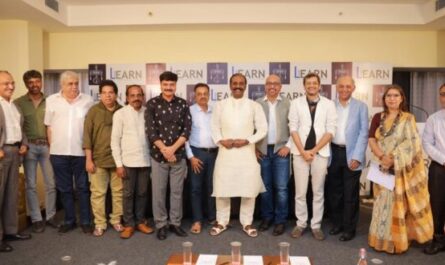