SRM IST is organizing South Zone Inter University Basketball Men Tournament 2018 -2019 from 22nd October 2018 to 26th October 2018.under the Auspices of Association of Indian Universities (AIU).Mr.V.Janakiram Reddy will preside over the function & Mr.N.Karthick will inaugurate the Tournament (Both are SRM IST Alumni Basketball players) on 22nd October 2018 at 09.00amKattankulathur campus. About 81 Universities are participating in the above tournament. First Four positions are Qualified for the National Inter University Basketball Men Tournament 2018 -2019  which is to be held at SRMIST, from 28th to 31th October  2018. 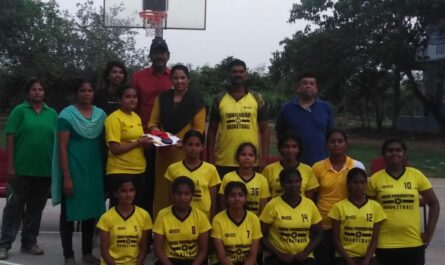