Music is the spine of any movie and becomes even more important for a historic war movie to bring out the grandness and the emotions of the story. Pan Indian star Sunny Leone is all set to do her first Tamil movie which happens to be a big budget extravagant movie. This period war film will showcase Sunny in altogether different avatar full of action sequences. This movie will be directed by V C Vadivudayan and produced by Ponse Stephen of ‘Steeves Corner’ productions. The top  technicians in the industry are set to work in the movie and their names will be announced and revealed one by one, according to the production team sources. It has now been announced the the all important music department will be take care by Amrish Ganesh, who shot to limelight with chartbuster numbers in ‘Motta Shiva Ketta Shiva’. He is also currently doing ‘Baskar the Rascal ‘, ‘Yung mung chung’ , ‘Garjanai’, ‘Charlie Chaplin 2’ and many other movies.

Speaking about this extravagant war movie, Music Director Amrish Ganesh said,
“ I was blown away when director Vadivudayan narrated me this whole script. It is a movie of grandeur and content. It is a great challenge for me to do such a historic war movie. I am doing extensive research to bring out and use new sounds. We are going abroad for the song recording of this movie. I have also planned to use a lot of ancient instruments to get altogether a different sounding. My aim is to make audience talk about the songs are re recording. Since Sunny Leone is playing the protagonist the movie is sure to get a pan India attention. I am very excited about this project “. 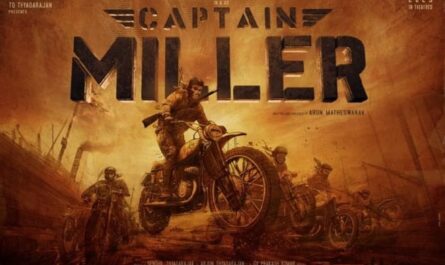