SRMIHM organized “The Brainiacs of Kitchen”
SRM Institute of Hotel Management established in the year 1993 is a part of premier educational SRM group. It’s been offering quality hospitality education and training for more than two decades. SRM IHM believes in the holistic growth of a student, thereby focusing on all the aspects which in turn mould a student to become a competent professional. SRMIHM at Chennai, Trichy, Modinagar, Delhi are perhaps only one of their kind among all the hotel management institutions that could boast of a fully operational star hotel.

The mission of SRM IHM is ‘Education to employment, learn by doing and earn while you learn”
On the successful completion of 25 years of Hospitality education many are the milestones that the institution has achieved and many are the credentials which the students have gained from the institute through various workshops, demonstration, culinary exchange programs and so on.
On the verge of celebrating the remarkable progress of 25 years this academic year is purposed to be a yearlong celebration and the first manifestation was hoisted on 22nd August a full day event with the energetic and vibrant presence of international chefs all around the globe.
The day began with a demonstration by Chef Eric Low, from Singapore about the culinary skills, food science and also about Monosodium Glutamate to all the students and in the afternoon Chef Eric Wong, from Singapore who is currently responsible for Singapore airlines also had an interaction with the students and did a pastry workshop.
In the evening at 4.30 P.M the auditorium of SRM IST witnessed the presence of all international jury members, national jury members, SICA board members, general managers and training managers of all the leading hotels in and around Chennai. The vice chancellor of SRMIST and registrar were graciously present and they delivered their presidential address. There were higher delegates as guests from Ghana belonging to different streams of academics and this event projected the cultural values and the rich heritage that our land possesses.
SRM IHM has a profound relationship with SICA for the past five years and the address rendered by Chef Thomas A. Gugler, president of WACS, Chef Manjith Gill, President of IFCA and so on made all the students stand in awe for the opportunity SRM IHM gave them to see all the top class chefs under one roof.
The nutritious recipe book with the nutritive recipes and the nutritional facts with the name Food, the heart of life Edition 1 compiled to create an awareness of healthy living was released by all the dignitaries and esteemed guests. Cultural performances of south India was performed by the students of SRM IHM and brilliant group of artists.
The staffs of other departments of SRM IST who won prizes for the mystery basket competition, the students of other colleges who participated in the different competitions conducted as a part of Mastery of Talents 2018 and also the students of SRM IHM who received their prizes were awarded by the dignitaries.
The director of SRM IHM Dr. D. Antony Ashok Kumar felicitated all the chief guests who were present for the event.
The event followed with a wide array of authentic buffet with the theme “The Flavours of Tamilnadu” was spread with all the excellent delicacies of Tamil Nadu and served by our students in the traditional outfit.
The international chefs who came from all around the globe were Chef. Thomas A. Gugler – President Wacs, Saudi Arabia, Chef John Sloane, New Zealand, Chef Dimuthu Kumarasinghe, Srilanka, Chef Gerrd Mendis, Sri Lanka, Chef Mougam Pareatumbee, Mauritius, Chef Mooroogun Coopen, Mauritius, Chef Walter Butti, Switzerland, Chef Alan Palmer, Switzerland, Chef Eric Low, Singapore, Chef Eric Wong, Singapore, Chef Jesunesan Mariyanayagam, Srilanka, and Chef Madhawa Weerabaddhana, Sri Lanka. 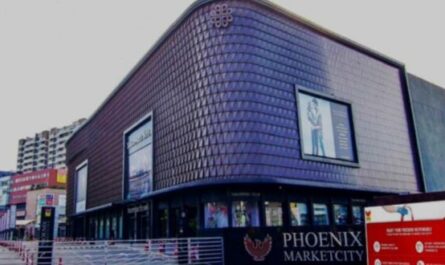 CELEBRATE PONGAL AT PHOENIX MARKETCITY WITH FLAT 50% OFF ON EXCLUSIVE COLLECTIONS!