The Hindu ‘World of Women 2018’ awards that were given away on Friday celebrated talent, excellence and the accomplishments of women across various fields. The awardees were recognised not only for their contribution to their respective fields but also to society at large.

Nirmala Lakshman, director, The Hindu Group, welcomed the audience and the chief guest Kiran Bedi, Lieutenant Governor of Puducherry, gave away the awards to 11 achievers.

Mrs. Y.G. Parthasarathy, founder and dean, P. S. B. B. Group of Institutions, was awarded The Hindu Torchbearer award — recognising excellence in education. The 92-year-old came to receive the award with her grand daughter-in-law, who spoke on her behalf. “I began my career as a journalist with The Hindu. I was the first woman journalist back then and I remember interviewing the cosmonaut Yuri Gagarin. I still have miles to go in keeping up with technological developments. I accept this award with all humility,” she read.

R. Tara, director, SCARF, received the Excellence in Healthcare award. She recalled the story of a young girl, Shanti, from a village in Tamil Nadu, who topped her school but developed schizophrenia. Since her brother didn’t know how to handle her, she was chained near a cowshed for over a year. “Today, she can take up a part-time job,” she said.

Supriya Sahu, IAS, Director General of Doordarshan, received the Contribution to Society award. “My journey as an IAS officer from U.P. and Bihar to Kanniyakumari and The Nilgiris district has taught me how much I can serve as a government officer,” she said. Dancer Malavika Sarukkai, who received The Hindu Heritage in Arts and Entertainment Award, spoke of the need to look at dance beyond the ‘performative’. Actor Nayanthara won the Dazzler award.

The Hindu Lifetime Achievement Award was given to V. Shanta, founder/chairperson, Cancer Institute, Adyar. “I dedicate this award to the memory of Dr. Muthulakshmi Reddy. It is 62 years today and I continue with this institution. We have been unique because we continue the same ethos even when health, which was a humanservice, has now become an industry,” she said.

“Each one of us women has fought our own battles to reach the centrestage; we must continue to be a support system for each other,” said Ms. Bedi. 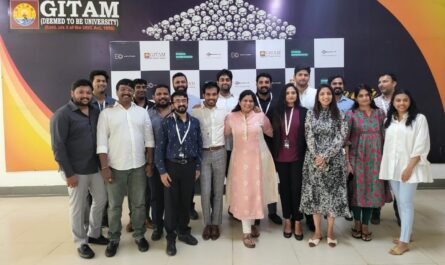 Thamizhan F.C. launches its unique scouting programme & its Logo in Chennai – To identify football talent from across South India